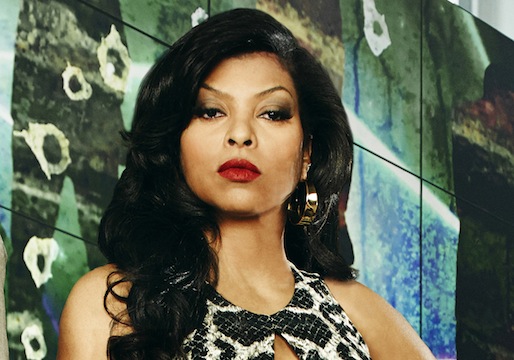 Before you read this post it’s important that you understand that I find everything that Lil’ Duval says to be ridiculous. I haven’t heard everything he’s said but he made some jokes once about domestic violence and I placed him a box from which he will never return. The name of that box is called, “ridiculous.”

Also before you read this post it’s important that you understand that I find nothing “basic” about Taraji. I love that woman with everything in my body. I got mad love for all my DMV women. And yes, even before the fame if I would have seen Taraji walking down the street I would have made a move. There’s just something about DC women that will always turn me on.

So this week or last (I don’t watch trash television so I’m never sure) Empire premiered on Fox. I sincerely do not know why Black people continue to let Fox broadcast shows that feature them but I digress. That’s when this ridiculous man tweeted this.

Taraji was regular in her 1st break out role so was Sanaa. That’s why yall like them. u can identify with regular. No threat

It’s okay to think that’s a ridiculous comment to make. At first, I thought here we go again with him saying some foolishness about women. But if I read the last part of the tweet it gave me pause for thought, are women really drawn to non-threatening women? Interesting question.

I always find it odd when you talk about the presumed really attractive woman in our world how when a question is posed to a woman about her beauty you get a one of a few responses.

1. “She pretty, I can see why men find her attractive but I don’t see what the big deal is.”
2. “She’s not that pretty. Look at her [insert some random miniscule flaw that was found during a cavity inspection].
3. “I don’t have a problem with her. I think she’s very pretty.”

Note: #3 might be a flat out lie. Don’t always believe she actually thinks the woman is pretty. She may really hate being considered a hater. In which case, she concedes to keep her image intact.

Now when you take a less than really attractive woman or less say someone who looks “average.” All of a sudden things change and now women are ready to talk about how beautiful she is. I noticed this when people were discussing Kelly Rowland vs. Beyonce. I still think anyone who thinks Kelly is much more beautiful than Beyonce is smoking crack. However, everyone wanted to claim how they would take Kelly over Beyonce. The elaborate reasons behind that decision have always baffled me. However, I got this overwhelming impression that maybe people preferred her because she looked more normal than Beyonce.

Or maybe she looked more like them than Beyonce. I think that’s probably more it; that we are attracted to people that look like us. I know this first hand, while I may or may not be attractive over the years since I’ve been stuck looking this way I have begun to believe that I am attractive. Furthermore, I think that people who resemble me are also attractive.

Then there’s a dark horse theory that I have. Maybe women feel threatened by women who look better than them. It’s a crazy feeling to have because as individuals we define what beauty is for ourselves. We can consider whatever and whoever we like to be attractive. Have you ever noticed that it seems that pretty people all roll together? And a not so attractive woman (or someone who considers themselves not so attractive) they don’t like to be near them. Growing up I witnessed this all the time.

I don’t know, what is it? I can’t tell the reasons why it seems that women are thrown off or threatened by really attractive women. The flip side is when really attractive women intentionally downplay their looks because they’re afraid that people won’t like them. “Don’t hate me because I’m beautiful” came from somewhere. I guess I’m just noticing that everything that was said in that tweet isn’t all the way ridiculous.

tags: attractive or not empire taraji henson
previous Can Great Chemistry Not Be Enough?
next TheSUNK Isn't Just a Blogger, He Photographs Beautiful Black Women Too