Identifying Your Legacy Of Love 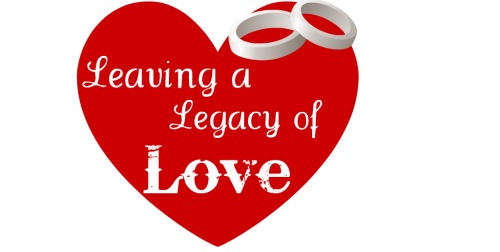 I have lived long enough to know Black men are not the only ethnic group of men dealing with family issues. For years, I let it be known every culture has a right to address issues unique within its realm and should not be accused of racism. However, I could not help wondering why some Black men are strong powerful leaders in their families and communities while other Black men act as if they have no clue about what to do with a family except churn them out and break them up. Where is the blame?

Systemic Racism and the Black Man

“The system was made to keep the Black man down.” Oddly enough, that is all some Black men have heard in unofficial rites of passage where old men school the young men on what to expect in life from The System. Experiencing racism embedded that saying deep in the consciousness of many Black men. So whenever a plan falls through or if a man of another race is hired, systemic racism is said to be in effect. Therefore, many Black men will stop making legal efforts to succeed at the first sign of resistance to their dreams and opt to build empires in the field of street pharmaceuticals. Yet there are examples of Black men savvy enough to succeed financially, provide for their families and be a strong presence in their communities in spite of The System.

See Also:  How Does He Decide That Your Relationship "Break" Can End?

A History of Broken Families

Generational curse is the buzzword and reason given for anyone in the family who has a certain way of talking or acting that is not cool or acceptable. It is common to hear Black men speak about their adventures of wooing, wining and dining more than one woman; or having more than one family. Where did Black men see examples of men leaving behind their women and children as if they were puppies to eventually be adopted by a loving family? A look back at history shows how Black men abandoned their families through no fault of their own. As the writer of The Origin and Nature of New World Slavery explains, “any [slave] owner [was free] to sell husbands from wives, parents from children, and brothers from sisters.” So looking at the broken families of today, what reason can the Black man give for abandoning his position as head of the family since we are no longer in slavery? Why has the Black man become so fearful of his authority, his right to be head of a household?

While the news report Black on Black crime, you might ask, “What is wrong with these young people?” Blame is placed on gangs, poor parenting, poverty; everything but loving relationships that did not last. If you talk to any youth counselor, family therapist, or clinical social worker, most of the young people have shared a glimpse into their parents’ broken relationships. Yet, many people will say the child needs to be disciplined when it is the adults who are too selfish and stubborn to see and do what is best for the family. There was a time you would hear it said endure a bad marriage and keep the family together for the sake of the children. I venture to say there are so many variables that come into play that staying in a bad relationship for the sake of the children is not always a good move.

See Also:  Why Men Don't Call After a Great Conversation

As Patrick Dixon cites, “We are [recognizing] that love between parents or lack of it can greatly affect child development and emotional health.” No one knows the extent of damage a bad relationship can have on a young person until they lash out when the stress is too hard to handle.

Nothing Is More Important Than Family

At a family gathering, you might hear somebody who is feeling all warm and fuzzy say, “Ain’t nothing like family.” The irony of it is somewhere a Black man who has abandoned his family will say it as if he really believes it. Every family has a love story they have heard about how parents, grandparents or a favorite aunt and uncle met. If these stories are about lasting love, those who are privileged to hear the stories will try to repeat the love story by deciding have a love story like the one passed down from generation to generation. So looking at your relationship as it is at this moment. How do really want your family legacy of love to read?

previous Can We Date Friends Successfully?
next The Reason You Should Love Less Than More About Them