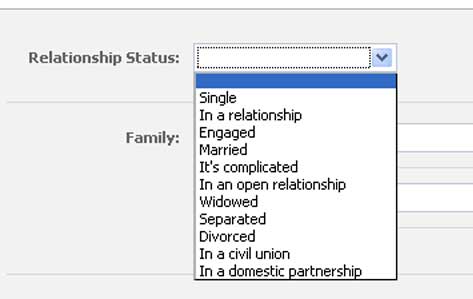 It’s a controversial topic. Do you have the desire for public affirmation in your relationship? I think deep down that the need to publicly announce your relationship is rooted in insecurity. I’ve been in very public relationships and very private ones too. What I can say is that keeping your private life private is probably the best way to go. Interesting enough, we’re starting to see that more and more couples are choosing to keep their relationship status private on social media. I agree with them, I also believe in what Big Mama said, “If you needed to know, you wouldn’t have to ask.”

Now if you’re like me then you know that it’s really easy to have ideals that you live by but when you’re in a relationship it’s hard to actually live by them. You try telling your significant other that you’d prefer not to list your relationship on Facebook. Let me know how that works. Nonetheless, Caroline from Elite Daily posted a wonderful synopsis of why couples are choosing not to make their relationship official on Facebook anymore. Read the gospel below.

Technology is ever-present in our day-to-day lives. Social media is now a benchmark for social norms and a source of our daily news.

Whether it be how amazing the newest “Girls” episode was or which of your friends just recently got engaged, social media is one of our biggest sources of information. Facebook will sooner tell me if there’s a snow day before I even get a moment to check my school email.

More couples choose not to be as public about their relationship statuses as they used to be.

Instead of making their relationships “Facebook official,” they may choose an alternative route, like having a profile or cover photo with their significant others, a birthday post on Instagram, or a subtle, “Thank you so much for sending a dozen red roses to my office, you’re the bomb!” post on Facebook.

These are smaller gestures that communicate to the world they are together, but in less bold and brazen ways as a relationship status.

Couples are also embracing the notion of privacy. There seems to be a general consensus that giving your relationship status publicity has no bearing on how serious the union is.

It’s pretty clear whether or not you have a significant other based on if the same person continues to show up in pictures, wall posts, tweets, Instagrams and the like.

Furthermore, anyone who really needs to know about the relationship is probably in your inner circle and, thus, likely already knows.

Only 3 percent of people admitted they would not make their relationships “Facebook official” because they were “up to something shady.” Let’s face it: If that’s the reason, the relationship won’t last very long anyway.

Another popular belief young couples support is that their relationship is their business. Nobody needs a million texts asking, “What happened?!” when your status suddenly changes to “single.”

Being “Facebook official” is all rainbows and flowers when it first starts because you get 100-plus likes and 50 “CONGRATS” comments. For a fleeting moment, it feels good that your friends and family are accepting of your new partner.

But, five months down the line, when it doesn’t work out and you begrudgingly have to change your status to “single,” well, if the breakup wasn’t hard enough, now your phone is overflowing with “sympathetic” texts from people who weren’t really invested in the relationship.

Your former happily-ever-after quickly turned into a cheap gossip topic over a Pumpkin Spice Latte. Anyone who needs to know about the breakup will know.

It’s important to realize that dictating your relationship to your Facebook community is not at all an indicator of how serious you feel about one another. The valuable components of a relationship are in the moments, friends and family you share with each other.

Couples are moving away from public relationship statuses because they value their privacy. Most importantly, though, making a relationship “Facebook official” doesn’t convey how significant it is.

Being a couple is about being together, sharing memories and learning and growing with one another. Forget all the bullsh*t and just do what works for you — “Facebook official” or not.