Why You Feel The Need To Label Women 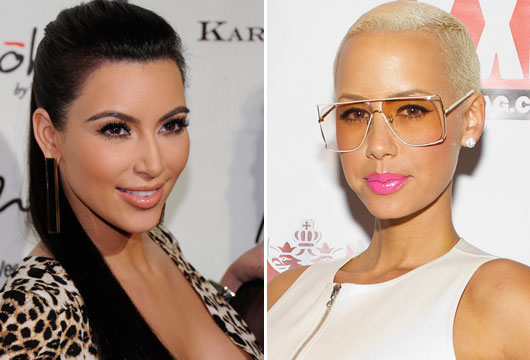 Let’s recap what happened over the last few days:

There’s a reason why I don’t take celebrities all that serious. A lot of it has to do with how confusing that whole situation is. Like seriously, nobody really ever stayed on topic. It’s hard to follow and it leaves an air of skepticism as to whether this is all a publicity stunt or if they truly have issues with one another. To keep it 100, I have an admiration for Amber Rose and Kim Kardashian and it’s not because their brains or personality; it’s because they’re beautiful.

See Also:  Are you standing in the way of being happy?

What’s surprising to me is the need to label women. Let’s be clear it’s not just Khloe calling out Amber or Amber calling out Kim or Kanye calling out Amber. It’s also us via social media and news outlets. Why is there this inherent need to judge these women? I’d even go so far as to say why do we need to label these women at all? It’s actually rather simple and I touched on this a few weeks ago in my post about non-threatening women. It’s a need to judge or insult because we somehow feel threatened.

We may mask that feeling in saying that we’re offended or appalled. We may mask it a variety of other ways too but it all comes back to the fact that we feel threatened. Maybe not for our lives or livelihood but deep down we feel a threat.

Listen to me, people are going to call Kim and Amber: hoes, attention whores, hood rats, ghetto, talentless, vapid, ratchet and plain out stupid until they’re at the pearly gates finding out the real truth. I’d even venture out that there will be some women who are standing at the pearly gates finding out from God that their body count is higher than Kim’s and still claiming that Kim’s a hoe and they’re not.

See Also:  Is Your Significant Other Trying Help Or Being Annoying?

To men who feel the need to label these women, I put y’all in the same group as the people who claim girls are thots, jump-offs or gold diggers. Truth be told, we don’t know what motivates anyone but ourselves unless we’re told. Furthermore, we need to stop acting like we’re not enabling this behavior by building a platform. You can’t claim to make it rain in the strip club one minute and then say these gold diggers are after your money. Quite frankly, if your personal brand is giving away money to women for nothing, you shouldn’t get mad at the women who accept it.

Men and women alike we are bother labeling people to make ourselves feel better. We need to know in this world that our lives are not that bad or we’d be driven into deep depression. When people complain that the news is all bad news and nothing good, I remind them that if the news was filled with good news it would make them hate their lives. We need to news to be filled with a bunch of people whose lives are worse than ours. Some people truly need Kim to be talentless and plastic in order to feel better about the fact that they have to struggle for things that seemingly come easy to her. Some people truly need Amber to be a hoodrat and a gold digger in order to feel better about respecting their “values and morals” and struggling through life because of it.

See Also:  What Happens To The Scorned?

The truth is, life is a struggle. The fact that life is a struggle is beautiful. More people need to come to understand this and they wouldn’t have this desire and need to down one another for personal satisfaction. I think that in life I’ve been able to have the friends that I have and experience the things I have because I’m not always looking to label someone or judge them. I don’t know their story unless they tell me and when they tell me I believe them; I’m not questioning everything they say. Life is much more fulfilling when the pressure of judging another person is removed. It’s almost like a breath of fresh air. If I was you, I’d stop living in a polluted word.