The Official Scorecard: Manny Pacquiao is the People’s Choice on May 2nd 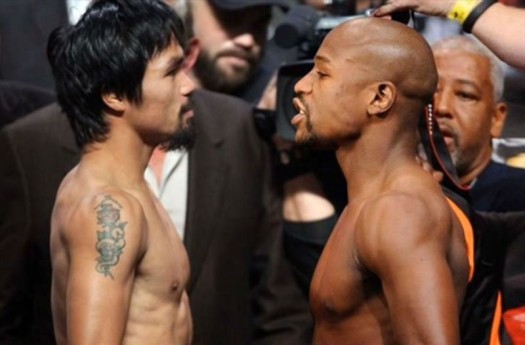 It finally happened. Our national nightmare is over.

Floyd Mayweather is fighting Manny Pacquiao on May 2nd.

I talked sh*t for years about not caring if this fight happened at all. But when I saw the alert on my phone, I definitely got excited. So I’m a hypocrite, but who cares? The fight is on!

A lot has happened since this fight was rumored all those years ago. Plenty of things to help you decide who to root for.

And that’s why I’m here to help you sort it out. Here’s who my official scorecar for who to root for on May 2nd:

Manny Pacquiao is a Hennessy spokesman – 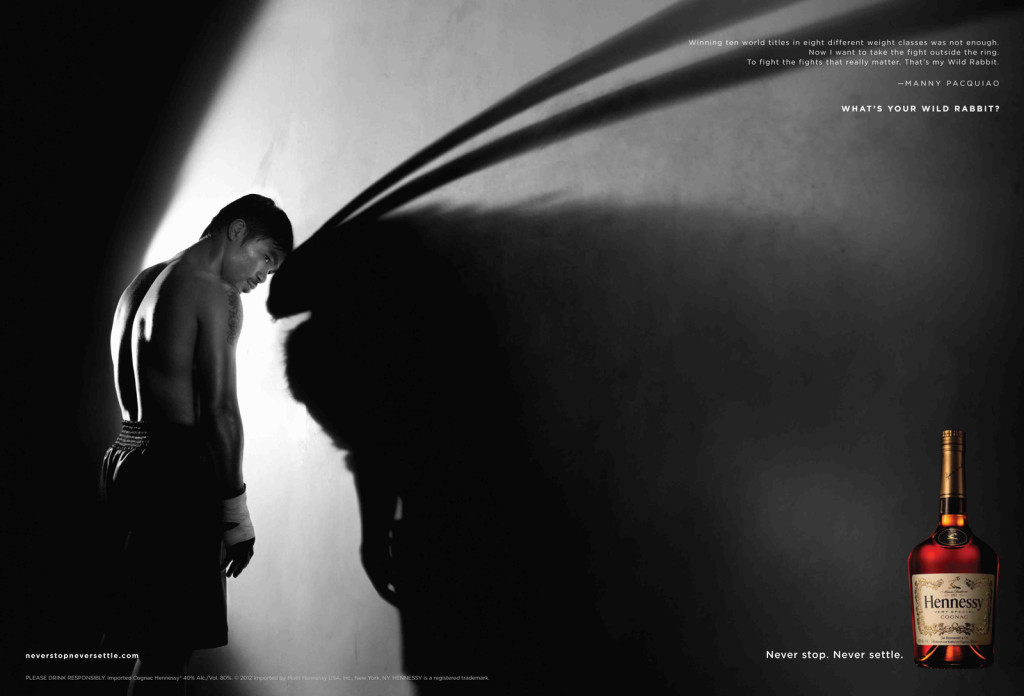 An undeniable point for Pac-Man.

As a Black man, I have no choice to root for somebody who passionately advocates for one of my (and all of our) favorite brands.

As good as Henny has been to me over the years? It’s the least I can do.

Plus this goes to support my theory as Filipinos being the Black people of Asians. Can’t prove it, so don’t ask. But this is a fact in my head.

I don’t know what my White Rabbit is yet, but we’ll score this one for Manny.

I know what you’re saying: “Joe, if you’re going to give Manny credit for endorsing Henny, you have to give Floyd credit for being Black.”

Score one for Floyd strictly because he is Black. It’s a tradition as old as boxing itself: you root for the guy that looks like you.

I’m not here to rewrite history. Them’s the rules.

Manny made this commercial –

This is an easy point for Pac. Score this one and move on.

Quietly Foot Locker has put out a bunch of great commercials. I’m ready to move them into a solid #2 behind Sportscenter. Watch your back, ESPN.

Similar to the debate on gay marriage, you’re going to want to be on the right side of history.

Think about those people on the steps of the University of Alabama chanting “segregation now, segregation forever.” You know there were people who only kinda wanted to be there. Basically they had a friend who really wanted to be there, and they were free because Playstation hadn’t been invented yet.

You want to be like those people? Having to explain yourself years later when Floyd retires undefeated?

Manny has the better nickname –

One is a play on words, and a callback to one of the greatest video games of all time. The other is a testament to vanity.

Now, I’m plenty vain, but I’m not out here calling myself “Gorgeous Joe” like the dude from American Pimp.

I have called myself Denzelian. But that’s different.

So in this battle, I have to favor Pacquiao. Bringing us to the knockout punch…

Won’t spend a lot of time here because this article covers it in excrutiating detail.

Suffice it to say this is all the motivation I need to turn my back on the race and root for Pacquiao in May.

Being a dick is one thing, and Floyd seems to have that mastered to a level Kanye West would envy. A pattern of abuse against women is another.

So, deducting a point for Floyd being (allegedly?) a serial abuser, I have it 3-1 in favor of Manny Pacquiao as the people’s choice on May 2nd.

And if he loses (likely), I’ll have him in the rematch as well.

Who you got on May 2nd? Turned off to the fight after all these years of foreplay?