Part 2: 10 Other Things Black Men Look for in a Wife 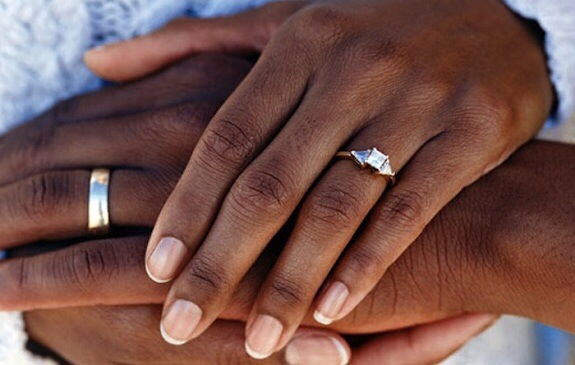 Does he have sex with you because he likes you or because he likes sex with you? A man will have sex with the main woman in his life, not always because she’s the best sexual partner, but sometimes out of convenience. In the back of his mind, however, he has already decided if you can either keep him satisfied for the rest of his life and quench his sexual appetite, or if you’re just the next best thing to his hand.

Before a man gets married, he evaluates your ability to maintain your weight and appearance. So many marriages end because of looks. A man may become resentful towards his wife because she didn’t maintain the image that hooked him in the first place. There is some wiggle room for children, work, etc., but men are visual creatures. Honestly, men fall off too but we’re talking wife material.

Women and people are sometimes annoying, not in necessarily bad ways, but everyone has their quirks. There will be times that you guys will be in close quarters with one another and you might get tired of one another. If he can endure this, most likely you’re a keeper. If your innocent yet somewhat annoying habits don’t bother him, than that man loves you…take my word for it.

At one point or another, men usually come to the understanding that they will never be able to out talk or out-argue a woman. As a woman, however, you should understand that sometimes it’s better to be loved than to be right. Every little thing isn’t worth an all out verbal brawl. You should also know that you cannot tell a person who they are(liar, cheater, etc.), you can only tell them what they do.

It’s fine to go out every once in a while. But a man will never wife a chick that likes running the streets more than spending time at home. My Unc told me a long time ago that I would appreciate a woman that’s a homebody…

A man wants a woman that is loyal. This is the predominant component of male-male friendships. Loyalty and honesty are the end all, be all of a relationship. Even if the two of you have children, he should come before them. Even in the Bible, God said “God first, spouse second, children third, and church last.” The only thing that should be able to get between you and him should be clothes(when you’re in public).  Lol

See Also:  5 words or phrases that if women say, #reallymeans you're in trouble

The reason why men cheat is because we like variety. Become his variety, stay on top of your game. If he likes sexy black pumps, wear ’em. He likes that Lotus Flower Bomb sh!t, cop it. Take interest in and take heed of the things that he likes and loves. Know that man better than he knows himself. If his interests change, take notes. Study your man, but don’t try to figure him out; just enjoy the subject.

Nothing may be more important than a woman who supports her man’s rational endeavors. A woman needs to be her man’s cheerleader, just as he should be for her. If he has an idea, you should support him. If you all got divorced you would want half, so every effort in forwarding himself as a man, you both should go half.

Impress Them All- Moms, The Boys, Even the Ex’s

What is the impression that you have on the people in his life? Their opinions will matter once he believes he has courted you enough in solitude. Can you gain his mother’s trust? Can you make his boys laugh? Can you make his ex, you know, the one who doesn’t want to leave the picture, respect you because even she can see that you’re a good woman? Can you woo his boss and work family? He needs to know that you won’t fold in these relationships and that you will be an asset rather than a person he has to defend every time you leave the room.

See Also:  The Reason You Should Love Less Than More About Them

Do you believe you any of these points are valid? Do you understand us better? What did I say that you weren’t aware of? Would you share this post with your friend?

previous In Bed with a BOSS: How to date a WERKing Woman
next She Got Body: Back Then They Didn't Want Me...