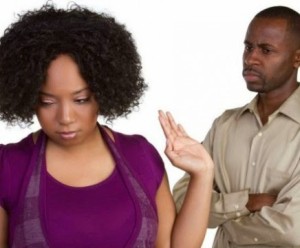 I will be the first to say that dating is difficult. It’s stressful. As the woman, you have to make sure your hair is on point, nails done, and that what you wear is flattering. You have to worry about what to talk about, how much to disclose, and depending on what city you’re in, if you are prepared to pay if “date guy” tries to pull a fast one. Don’t get me wrong, men have it hard too. I mean, you all have to decide how much effort you really want to put into a woman and if you are going to use that Groupon you bought last week. I would suggest you don’t.

Over the past eon, men have done their best to make a case for the amount of money that is spent on women while dating. In my opinion, there are two groups of men: Men that bitch about spending too much money on dates, and men that don’t bitch about spending too much money on dates. I like to think that since I began my dating life here in Houston, I haven’t had too many run- ins with group “A”, but I have had my share of bad dates.

Back in the day I had a personal trainer, and he was cute, real cute. Of course this meant we were supposed to be something more. After a few work outs and some flirting, he asked me out. I should have known up front that something off because when he approached me about the date, he gave me a choice between two activities. We could either go bowling, or to the movies. Maybe it’s not weird, but it was weird to me. So I sang eeny meeny miny moe and chose to go to the movies. On the day of our date, I asked if he wanted to meet up for happy hour before to get some drinks and apps. He responded that he wasn’t hungry, but agreed. During that same conversation he asked if I could drive. I paused, and asked him where his vehicle was. He told me that it was “down.” To this day, I don’t know why he didn’t just say he didn’t have one, but whatevs.

For some reason I obliged, and got directions to “his” house. I swear when I got there, I saw his mama wave us off as we drove away, but I could be making that up. At this point, I’m turned off in more ways than one. We go to the restaurant, I order but he doesn’t. I offer him some of my Thai chicken strips of which he indulges, and we chop it up. When it’s time to pay the $20.62 bill, it sat on the table for what had to have been 37 minutes, easy. I finally asked him if he was going to pay. Obviously caught off guard, he says yes and pulls out $21.00 exactly. I offered to leave the tip, since I didn’t see one.

The theatre is across the street. Now, it’s a Sunday, and when we walk up to the box office, there is nobody in line. This means, it was just him and me. We stood there; both looking up at the marquee for what had to have been 56 seconds, easy. I finally walked up to the window and asked for one ticket for the movie. At this point, I was real confused and irritated, and looking back I was petty for that. He obviously had spent his last $21.00 at the previous location and didn’t know how to tell me. I ended up buying his ticket and the movie was what it was. Everything about the date was awkward. From me picking him up at his mama’s house, to him asking me to purchase his movie ticket.

I label this as a dysfunctional date because dude wasn’t up front about his situation from the beginning. Men can sometimes let their pride get in the way of a good time, when they can easily just lay things on the table. Give me the choice. Nobody is asking anybody to spend their entire rent check on a date. However, if you are going to date, you should be able to afford it. Be creative if you have to, but don’t have me picking you up to fund my own date night.

Keita is a Houston based blogger with much more to say, check her out on twitter @keitathejedi or at www.keitawheats.com

tags: Dating Men Relationships Women
previous She Got Body: Back Then They Didn't Want Me...
next She Got Body Part 2: You With All Those "Curves"...