Money Where Your Mouth Is…Will Kentucky Win it All? 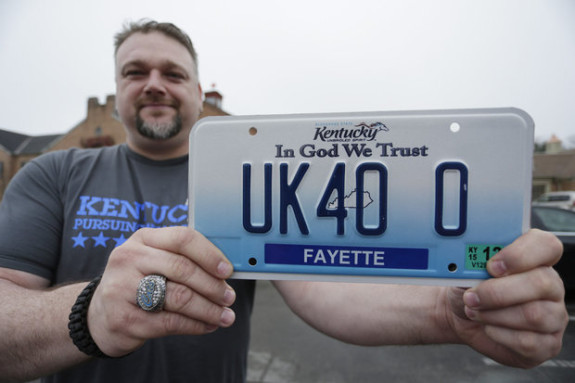 I love Cinderellas in the Final Four, but this is a dream matchup.

I was going to watch the Final Four anyway, but this…this could be an all-timer (on the level of this weekend’s Wrestlemania, apparently).

So let’s dig into the storyline of the upcoming weekend: can Kentucky win it all and cap off a perfect season?

Look what it took to almost beat Kentucky –

In their Elite Eight matchup, Notre Dame gave Kentucky perhaps its best game of the season.

The light skinned dude with the crazy parts and Miley Cyrus tongue (Zach Auguste if you want to be specific) dominated underneath. Auguste scored on dunks and putbacks all game and generally controlled the offensive glass.

But he DID play a solid game on the wing.

Some guy named Steve Vasturia outplayed Kentucky’s guards, controlling the flow of the game on offense.

Notre Dame didn’t play a perfect game, but they were damn good…and it wasn’t enough once Karl-Anthony Towns decided he wasn’t going to miss anymore.

Can Wisconsin do that again? –

Wisconsin went into halftime down three points to Arizona.

They proceeded to make 10 of 12 three-pointers in the second half en route to a seven-point win.

Can Wisconsin possibly shoot that well again? They might need to, and no one in the world would bet that they do it.

Well, let me not speak for you…but EYE wouldn’t do it.

Which means I can’t root for them.

Aside from my blind hatred (#FabFive), that matchup comes down to Justise Winslow.

He has been solid all year and great in the tournament (to the point that some have put him in the conversation for the #1 pick), but can he carry Duke to a title over this Kentucky team?

Kentucky has three guys to throw at Jahlil Okafor and guards as good as (or better?) than Tyus Jones, but Winslow has a chance to be a game changer.

Anti-Duke bias aside, I’ll take Kentucky’s team over one Duke mismatch in this case.

I’ll be rooting for the Spartans, but they’re the weakest team left. I don’t see a way they get past Kentucky…they’ll have enough problems with Duke.

What do you think? Will Kentucky win it all or did Notre Dame expose a mortal flaw? If not Kentucky, then who?

previous #FullCourtreFRESH: How YOU Can Refurbish Basketball Courts in YOUR City
next Yeah Yeah, Duke Won...But I'm Still Getting These Jokes Off! Hater's Post!