Home Featured Why Are The Women At Fight Night?
Featured
Relationships
Women
May 1, 2015 Dr. J 9

Why Are The Women At Fight Night? 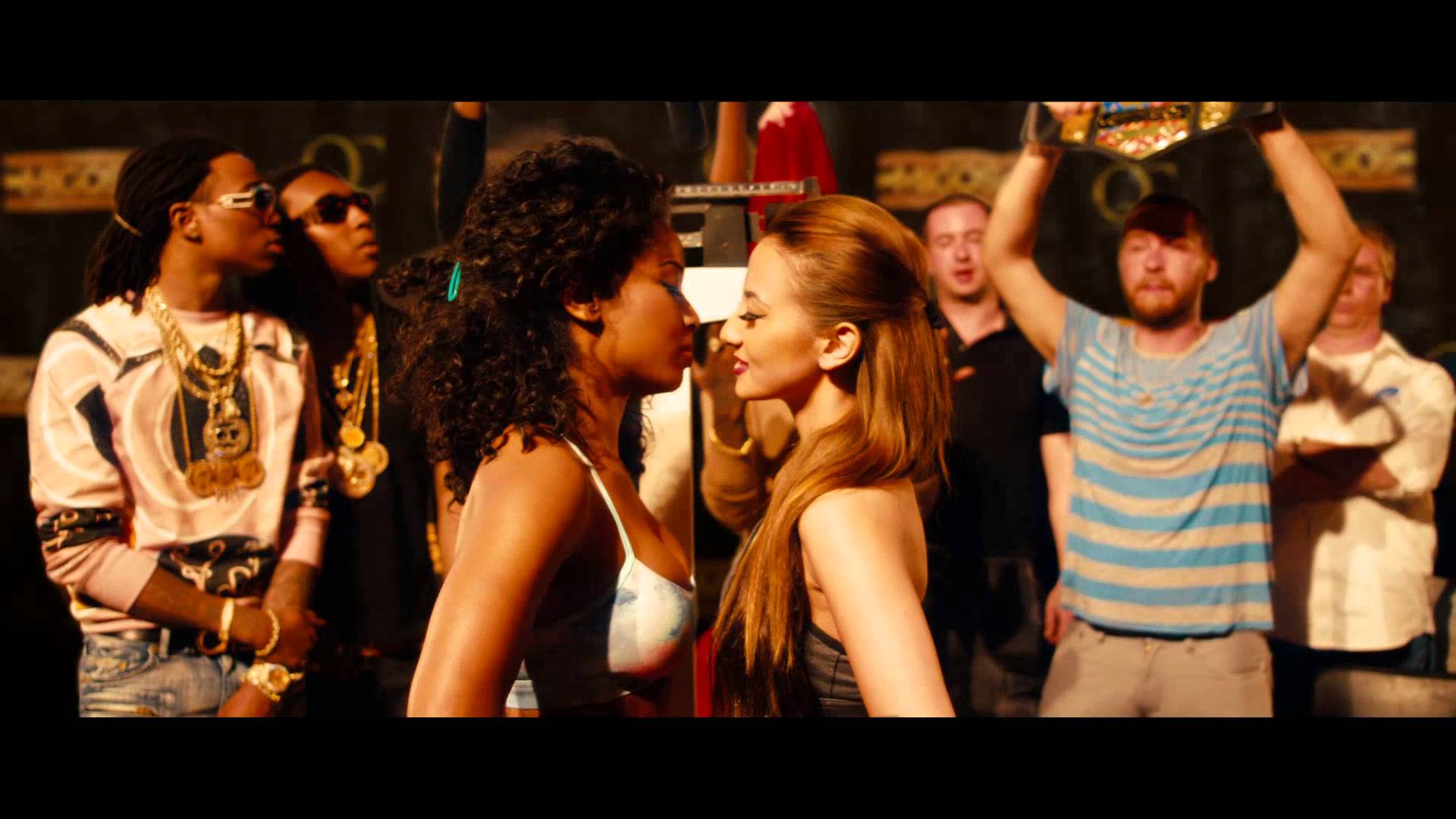 I may have been 13 or 14 when I saw Girlfight. Something about that movie always made me attracted to Michelle Rodriguez. I kind of still am. It was something fascinating about a woman wanting to be in a boxing ring. It’s a sport that seemingly has nothing feminine about it. It’s a sport that is rooted in an act that we’ve been doing since the beginning of Man but it wasn’t until the late nineties that women started desiring to participate. I’m all for gender equality. I figure it may be harder to be a woman in society but everything about being a man ain’t peaches and cream; everyone should have an equal shot at a sucky ass time. Nevertheless, it was fascinating.

This weekend in what will be dubbed, The Fight of the Century, Mayweather will take on Pacquiao. Everybody is excited to either be in Vegas for the fight or hit up a fight party. To be honest, I’m not all that excited about the fight. I want to know the outcome but that’s about as far as it goes for me. Boxing died a long time ago to me.

Mayweather is a woman’s boxer. His statistics are easy to remember; he’s undefeated. You’ll never have to debate any of his losses or talk about anytime he struggled, just say he’s undefeated. Mayweather is a titan in the ring but he’s a celebrity outside of it. Therefore, you can spend much of your time not talking about boxing at all but about his personal life away from the ring or how much money he has.

That’s why this weekend is going to be good. All those women who fall into the “it’s going to be some men at this fight party” category are going to get to live. And by God are they going to live. I was surprised by an Evite from a female friend who is having a fight party at her house. It’s $10, BYOB and 30 people on the invite… but we’ll come back to that later. What surprised me the most is that I know that she knows absolutely nothing about boxing. What I also know is that she is single as the last cigarette in the box. She’s revolutionizing the thirst trapping game. She’s taken her search for a man to a Field of Dreams level. She believes wholeheartedly in “if you build it they will come.”

See Also:  Five Reasons Why You Can’t Be Michelle Obama

She’s not the only one who is going to be on the hunt for a man this weekend. This fight makes things easy. You know where all the men will be at and when they will be there. I guess that’s somewhat of a good thing but it just makes me think. Is it really that hard to find a man that some women will reduce themselves to trying to go to a fight party just for a man? Again, I’m not talking about those women who love the sport of boxing, this isn’t about them. It’s about the ones who are akin to the guys who stand next to the female bathroom at a concert or sporting event. They’re just trying to get in the path and hoping to get chose.

I guess it is what it is. Or, it will be what it will be. I get asked all the time, “Where are the men?” I can never really answer that question for them. In my mind, I’m at where I’m at. So I guess since men are fresh out of answers when women ask where they tend to spend their time, women have to use fight night.