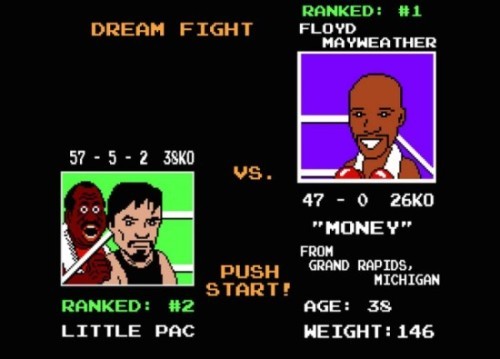 Saturday was awesome. It was one of the few nights where even my wife couldn’t be mad that it would revolve around sports. I had the keys to the castle, and generally the events that night didn’t disappoint.

First up, the Kentucky Derby.

This is infinitely more fun when you’re actually there it turns out. American Pharaoh won…which will only matter if he wins the Triple Crown.

That’s ok though. This was just the appetizer.

Next on the list, Game 7 between the San Antonio Spurs and the LA Clippers.

This game might have been the highlight of the night.

You had roughly 417 lead changes, 582 ties, and a signature moment for Chris Paul.

I’m firmly on the Chris Paul as #PointGOD bandwagon, but I’m also a caveman who values playoff success as a measure of greatness.

Paul is amazing, but he’s never been close to even competing for a championship.

The evolved side of me respects the advanced stats, the orchestration of the offense at the game’s highest level, the skill. The caveman in me was happy this shot went in:

…especially on a bad hamstring. In a league full of great point guards, Paul threw a big joker on the table and staked his claim as the best one in the league right now.

Hopefully he can come back before too long. This Clippers/Rockets series needs him.

Finally, the main event…Mayweather versus Pacquiao.

I knew…I knew what this fight would be before I showed up to the fight party. I got excited anyway.

“Maybe Manny can hurt Floyd. Manny is more aggressive…maybe he can catch Floyd slipping. There’s a chance this fight could be a classic.”

Yeah…so that wasn’t great. But it was exactly what you should have predicted.

As I’m sure you’ve heard by now, Floyd’s style is essentially perfect:

Don’t get hit. Do juuuuuuust enough to win. Collect millions.

Also, make sure you’re opponent is too green or too old to really be a threat.

More interesting than the fight was The Fight Party: a study in Sociology.

The demographics of the fight party basically broke down like th-

Actually, before I run this down, you should know the party I attended was like 102% Black (with a 2% margin of error). Anyway…

Overall a fun fight, but more for the people watching than anything that happened in the ring.

How did you enjoy all the sports on Saturday? Did you actually get into the Dervy? Did Chris Paul’s performance convince you the Clippers are going to The Finals? What’d you think of the fight?

previous Are the Atlanta Hawks and Chicago Bulls Still Threats to Win the East?
next Aging Spurs Bow Out in First Round of Playoffs: End of a Dynasty?