Aging Spurs Bow Out in First Round of Playoffs: End of a Dynasty? 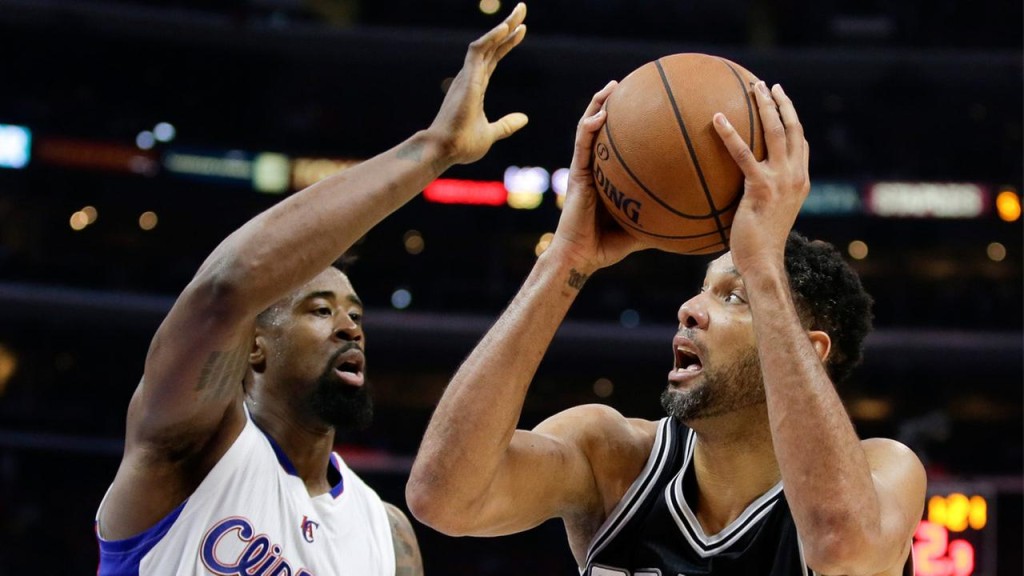 The San Antonio Spurs were eliminated in the first round of the NBA Playoffs Saturday night after losing a thrilling game 7 to the L.A. Clippers. Despite battling in the most exciting series of the tournament, losing to a Clippers squad that is a top-3 favorite to win the title as shown by bookmakers associated with Gambling.com and losing on a spectacular game-winning shot by Chris Paul, fans are disappointed to see the defending champs get knocked out of the playoffs so early.

Since 2000, the Spurs have only been eliminated in the first round of the playoffs three times including this year. In the same time frame the Spurs have reached the Western Conference Finals eight times, the NBA Finals five times and have won the NBA Championship four times and that’s not including the 1997-98 Championship they won. All four championships beginning with their 2002-03 title included Tony Parker, Tim Duncan and coach Gregg Popovich. The other three titles included Manu Ginobili. The big-three for San Antonio paired with their future Hall of Fame coach have been a force in the Western Conference for over a decade and are now being considered a dynasty after their fourth title last year.

But after such a long and consistent run as a force in the West, many fear the dynasty has finally come to a close and the first round defeat on Saturday was the last time we will see the same Spurs we’ve watched dominate the league since the turn of the century. Popovich isn’t going anywhere but the big three are not only aging but have contracts ending and decisions to make.

Tony Parker agreed to a 3-year, $43 million contract extension in 2014 but showed signs of fatigue and inability to produce throughout the playoffs causing concern that Parker’s age might be taking a toll. But analysts said the same thing about Tim Duncan a few years ago just before he produced topnotch performances for the next few years including this year so all hope isn’t lost for Parker.

Tim Duncan became the second oldest player to produce a triple-double earlier this season and had a stellar 2014-15 campaign. Unfortunately, Duncan’s contract is up and the Spurs are due to sign Defensive Player of Year Kawhi Leonard to a monster contract extension this offseason while hoping to also add top-level free agents. This doesn’t mean the Spurs won’t bring back their 5-time NBA champion next year but tough decisions will need to be made by both the team and Duncan as Duncan will be 40 years old next season.

Manu Ginobili hasn’t fared as well and the other two pieces of the big three. Ginobili is a shell of his former all-star self. He has shown glimpses of his former talent throughout this season but failed to significantly contribute in the playoffs. Like Duncan, Ginobili’s contract has ended, but unlike Duncan, Ginobili has not given the Spurs a reason to re-sign him outside of their appreciation of his contributions in previous title runs.

The Spurs of the past decade have certainly provided consistent and elite basketball for the San Antonio fan base but signs are pointing to a shift in the franchise. No longer will the experience of consistent veterans be the corner stone of the team but instead the Spurs will look to budding stars like Kawhi Leonard to provide the source of energy needed to keep up the winning tradition. The Spurs will no longer depend on cheap but efficient offseason signings like Boris Diaw and instead plan to lure top free agents to San Antonio.

It is hard to bet against the big three and Pop after they consistently performed despite experts claiming they were done, but history has shown that every dynasty must fall at some point and it seems the Spurs of old might finally be done. If we have seen the last of the Spurs we have known for the past decade, everyone must agree we were lucky enough to witness one of the greatest dynasties in NBA history.

previous Three Reactions to an Amazing Sports Saturday
next What the Hell Does Roger Goodell Have to do to Ruin the NFL?