Home Hot Topics An Open Letter to Those Who Say, “Stay peaceful.”
Hot Topics
Other Stuff We Like
Politics
June 18, 2015 Keita Wheats 6 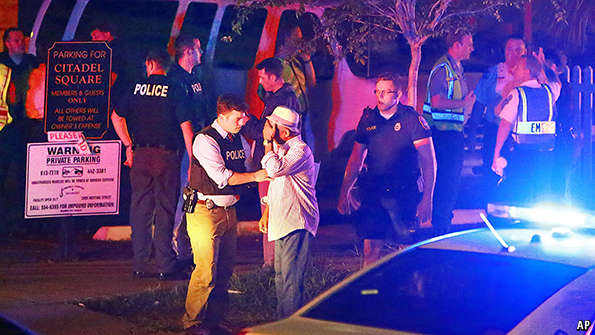 While you were sleeping, a single white gunman opened fire on innocent people in one of the United States’ oldest African American churches, Emanuel AME church. Often referred to as “Mother Emanuel”, the congregation was established in 1816. What many thought would be a typical Wednesday night bible study, somehow was transformed into a horrific event where 9 lives were lost.

I have questions. Since when are people not able to gather in a place of worship, without fear of dying? Why must we be afraid to go to the store, or swimming, or to church? Why do we have to be afraid to sit in our own living rooms in fear that someone will kick in the door and shoot us for no reason?

Since the news broke late last night, social media has been in an uproar, and rightfully so. We are tired. Tired of living in fear of being mistreated by law enforcement, and tired of having to defend our right to live. When I say “we”, I’m speaking about black people. Yes, black lives matter, and too many times, we are encouraged to be politically correct, including everyone.  I’m not trying to hear “all lives matter” today, because today, it’s about nine black innocent lives that were taken because one person, who happened to be white and felt blacks rape his women, and are taking his country, and was pro-apartheid,  felt justified in doing so. See, there’s this generation of people that insist on staying peaceful, and prayerful. They believe that this will solve all of our problems because it has worked out for us this far, and the Lord will make a way. Then there is the generation that insists on making things happen, protesting, having sit- ins, and making a little noise. This is the group that still lives by the mantra, “by any means necessary.”

When the mayor of Charleston gets on TV and says that he “thinks this might be a hate crime” and others say this gunman is mentally ill; When you have people such as Walter Scott who was pulled over for a busted headlight get shot in the back and killed unjustly; when you have police officers pulling guns on children without just cause– what do you do? How do you wake up every day feeling like your life matters? From the day we are born, our mothers tell us that we are special, and have purpose. We are told we can be anything we want to be. We are taught to dream big, and go in the direction of our dreams. However, they say otherwise. They say live in fear. They say we aren’t worth an indictment or worth a trial. They our lives don’t matter. They say that we can’t gather at a swimming pool and enjoy family and friends. They say we can no longer go to church and worship together in peace and feel safe.

Having brown skin puts an automatic target on our backs. I can’t be peaceful anymore. I can’t act as if nothing is going on when everyday there’s a new story about one of our own being mistreated or killed. We have every right to be angry. I’m pissed. For everyone who is making excuses for what is happening in this country, I ask you to have several seats and take a look around. Be for real, none of these events are happening by chance. It’s open season for killing black people. How long and how many lives have to be lost before something is done about it?

Charleston is just another example of the direction that this country is moving in. Things aren’t getting better they are getting worse. There are people who obviously feel threatened by a specific group of people and I can’t understand why. Black culture is one of the most replicated and mimicked cultures that exists. You can ask Rachel about that one.  Braids aren’t new, bantu knots aren’t new, twerking isn’t new and neither are oversized butts. Our culture and our lives are rich with history. History that dates back to before slavery that have taught us that we are someone and that our lives do matter. Everybody wants to be “like us”, but nobody want to actually “be us.” How does that even work? From our music to our dancing, to our language–we created that. We are a brilliant group of people that has a purpose and has a place in this country just as much as anyone else. Our tenacity and perseverance are the only things that have allowed us to continue to move forward as a powerful people, and that doesn’t stop today.

So I pose this question: How do we peacefully exist in a place where we are reminded every single day that we aren’t wanted? What is the solution?

Keita is a Houston based blogger with a bunch of opinions and much more to say, check her out on twitter @keitathejedi or at www.keitawheats.com

tags: charleston hate crims Massacre shooting
previous Two Games Into the NBA Finals...Will the Cavs or Warriors Win it All?
next Here's Why LaMarcus Aldridge has to Sign With the Spurs