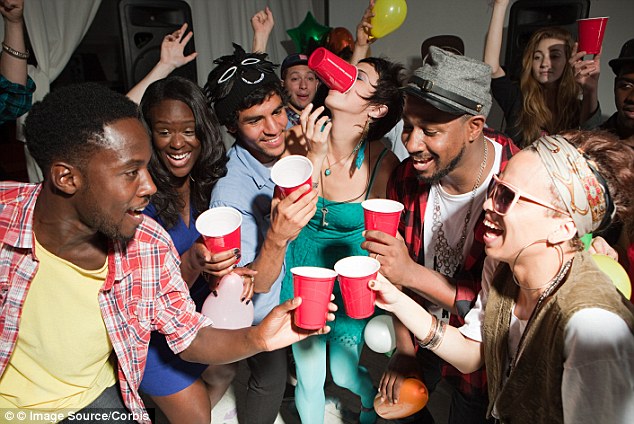 It’s been a while since I’ve written.

I briefly want to express my sympathies to the nine families who were affected by the church shooting in South Carolina. I share my thoughts on this in the next episode of the Negro Please Podcast. We still have a ways to go. To the gay and lesbian folks who happen to read my work, congratulations are in order for you all! Another small step was taken in regards to equality for all. There’s still so much work to be done for my people though.

With that out of the way, I did some fake turning up this past weekend.

I got together with some of my fellas from college, we went out to Long Island for a little summer mix. The settings were perfect for a good time. Even with the rain, people still let their hair down. No beefs, good vibes, pretty women, good drinks. It was my kind of scene needless to say.

As people began to file in and people began to get more comfortable, of course the dancing commences. Customarily at events like this, the ladies chill with their circles of ladies and the guys walk around looking for their dancing partners. Now I am very much past the age of seeing how many girls I could dance with at one party. I’m more refined now…I am “delivert!” for a lack of better term. Nowadays I just rather dance with who I consider is the best dancer.

Well one dancer really did catch my eye.

She was actually dancing with someone when I saw her and I decided to go and make some rounds. As soon as I turn around to move, she stops me. Now I’m thinking “well alright then, shoot!” Then as she begins to dance with me I realize she is grossly off beat. She was off beat and unbalanced. I said to myself, damn it this woman is smacked (drunk)! Nothing wrong with being at a party and getting in that place you need to be. But there is a limit and this shorty clearly crossed it. The party went on and truth be told there were way better dancers that night anyway.

We are too old to not be able to hold liquor properly.

I say that in a sort of biased way because an extremely drunk woman bugging out at a party will be seen much differently than her male counterpart. She sort of became a low key spectacle throughout the evening and it just wasn’t cute. There’s just no need to be doing the most.

At the same token, of course I have to speak to the fellas.

When we get too smacked we can tend to embarrass ourselves as well. The same way this young lady did the most, is the same way that we can as well. Everyone knows what songs to “dub” (whine) to and what songs are just joints that keep the tempo of the party up. I found myself around a guy this weekend who was trying to catch em’ all like Ash. In the event a woman didn’t feel like dancing, he complained. Now it could have simply been the Henny, but that isn’t an excuse. As a guy you don’t want to come off that desperate. If a shorty doesn’t want to dance, I think it is well within her constitutional right not to.

See Also:  The B*tch Breaker: The Guy That Doesn't Get Turned Down

The dude in question approached one last woman before I decided to leave the party. A song was on that wasn’t “dub” worthy. Let’s say “Knuck If You Buck” was on. I don’t know a bunch of women grinding to ‘Knuck If You Buck.” Anyway, dude approaches this one cutie, at this point it had been maybe his third attempt. This woman had to tell him “hey, this is a chill song, you know?” Hands down possibly the funniest moment of the night. I promise you, had he not been so smacked he would’ve been more selective about how he went about things.

Let’s continue to have fun, but let’s be more grown about things. This summer is just getting started. Let’s turn up responsibly, and let’s not be go hards! Anyone relate to this kind of thing? Let’s get into it.

tags: dancing drinking parties summer
previous Why Being Fiscally Responsible Is Sexy
next Will He Wait In 2015?