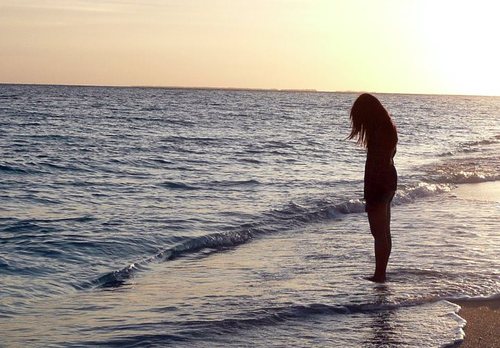 A lot of people shutter at the thought of going on vacation alone or having to live without companionship. There’s a host of things that people want to do but they don’t do simply because they feel they can’t do them without the presence of another individual. After having this conversation with a friend of mine earlier this week about a friend of hers, I determined that the simple answer to why people are alone is because they can’t be alone.

Imagine you’re going on vacation. You want to go to an exotic beach in a faraway distant place but you have pause for concern because you know that you’ll be going alone. You’re not wanting to spend a week on the beach in Jamaica alone. Heck, let’s scrap the beach and imagine that you’re going to Paris. Paris is a very romantic city but you don’t want to go alone. What ends up happening is that you put off these great adventures until you have a significant other to travel with you.

To be honest, that doesn’t make a whole lot of sense. It also might be the reason why you’re still single.

What I find to be true very often is that people who are single are single because they aren’t ready to be in a relationship until they figure out how to be single. Relationships are not about dependency but more about interdependency which is very different. There are people whose relationship defines who they are as a person and they need it to exist. They need to be in a relationship to feel motivated to do anything in their life. They can’t even make it to the grocery store alone because without a companion they feel empty. I know this feeling, I’ve been there before.

I had to change that behavior because it was putting me in a horrible place when I was single. I would get in ruts that I could not get out. The problem was that when you’re in a relationship and you depend on another person in the wrong way, it’s impossible to stand alone. The inability to stand alone then makes you unattractive when you’re single because it’s going to come across as needy. Earlier in the post I talked about a friend of a friend who is single only because she doesn’t know how to be single and happy.

When people find ways to be alone they begin to find themselves. They begin to show all the beautiful things about themselves that are hidden when you are living to conform to someone else’s liking. That’s what you need if you intend on finding a mate. I’ve never been attracted to anyone who I felt like was just a mirror of myself. I needed to see the person as an individual who was separate from me but I appreciated being with. That’s my recommendation, be a person that someone wants to be with and choose as a companion. What you can’t do is be a person that needs the other person to tell them how to be. It just won’t work.

See Also:  How To Tell If A Man Is Bad In Bed Using Social Media