Introducing the Calvin Candie Scale of Racism in Sports! 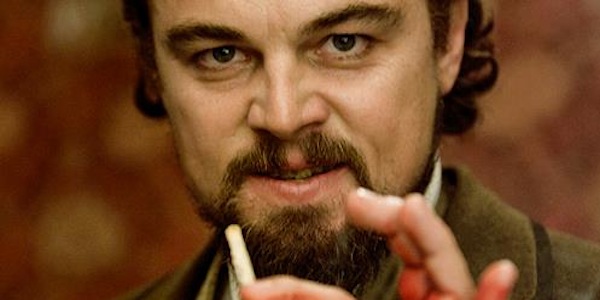 Took a week off from SBM during the slow sports month of July and everyone decided to go all 12 Years a Slave!

In case you missed it, Hulk Hogan, Colin Cowherd, and Charles Haley (of all people) decided to collectively step in it over racial topics the past few days. Each made a fool of himself to an extent, but I’m here to place them on the Calvin Candie Django Continuum of Racism.

Candie is, of course, the fictitious plantation owner in Django (played by Leonardo DiCaprio) and the most racist person I can think of.

This should be fun…

Charles Haley: 4 Candies out of 10 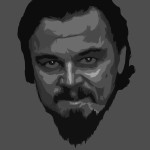 The class of 2015 Hall of Fame inductee kicks things off with his respectability rant to the San Francisco 49ers rookies. Addressing the group at the start of training camp, Haley told the group to “act like the white guys” in the league because, “you never see them in the paper getting high or hitting people.”

Well, I’ve been to college (a PWI…which is relevant here) and have seen both…a lot.

Of course Haley was trolling for a reaction (he admitted as much), so I can’t rate him too high on the prestigious Candie Scale. I’ll just file this under “things Don Lemon is probably thinking” and move on. 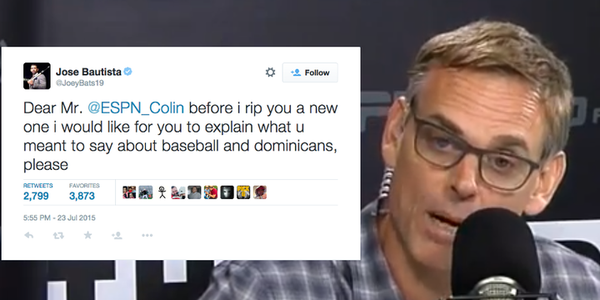 Now this is where things get racist!

Cowherd makes the list for his completely gratuitous takedown of the Dominican Republic. Here it is:

“I mean, the Marlins put a general manager in their dugout. People freaked out. You know, like, “Whoa!” It’s baseball. You don’t think a general manager can manage? Like it’s impossible? The game is too complex? Like, I’ve never bought into that. ‘Baseball’s too complex.’ Really? A third of the sport is from the Dominican Republic. The Dominican Republic is not been known, in my lifetime, as having, you know, world-class academic abilities. I mean, a lot of those kids come from rough backgrounds, and have not had opportunities academically that other kids from other countries have. Baseball’s like any sport. It’s mostly instincts.”

So I think we know what Cowherd meant, but what he said is that Dominicans are incapable of processing complex ideas. I get that difference, which is why I only rated this a 7.5 at first. Had to bump it up a point for Cowherd’s proven track record of thinly veiled racism.

There was the “John Wall will never win a ring because he dances and has no father figure” rant.

There was the “Roger Goodell is a good disciplinarian to snarling, big-lipped football players who need a father figure” rant.

Aaaaaaaaand there was the “Sean Taylor caused himself to be murdered” rant.

All could’ve made the list, so that lifetime of racial achievement earns him an extra Candie today. 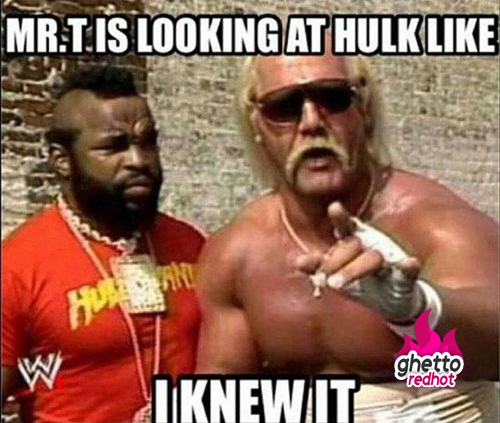 The Hulkster earns a 9.9 because a 10 is only theoretical. You can’t earn a 10 without the Earth collapsing on itself like the Richter Scale.

Hogan damn sure gave it his best effort though.

This hits me even harder because, no matter what, I’ll always see him as larger than life through child’s eyes. As Bill Cosby proved, all your childhood heroes are probably dicks…but still! Hogan was the man! Until this…

“I don’t know if Brooke was f*cking the black guy’s son,” Hogan reportedly said. “I mean, I don’t have double standards. I mean, I am a racist, to a point, f*cking niggers. But then, when it comes to nice people and shit, and whatever.”

“I mean, I’d rather if she was going to f*ck some nigger, I’d rather have her marry an 8-foot-tall nigger worth a hundred million dollars!” he reportedly said. “Like a basketball player! I guess we’re all a little racist. F*cking nigger.”

Ok…we are all a little bit racist. Avenue Q taught us that. (Please, for the love of God, click that link)

But GOTDAMN Hulkster!! You have to take the top spot on this list.

So that’s where I have them ranked. What about you? With all the real issues going on, at least we have something we can laugh at.

Give me your Candie Scale rankings below!

previous Time to Settle This: Serena Williams is the GOAT feat. Shamira Ibrahim
next Three and a Half Stories to Look Forward to This NFL Season