Play Your Role: Should Men Wake Up With Crying Babies? 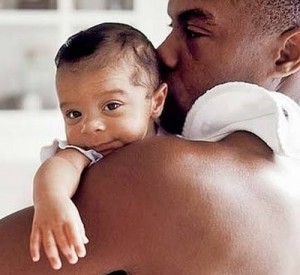 Last week I had a conversation with a friend of mine. He was venting to me about his marriage and shared an argument that he was having with his wife. I’m friends with both of them, so I knew he trusted me to have a non biased opinion. When he began his story, I listened. I made it a point not to respond right away, and I hoped that my opinion wouldn’t cause any more damage.

Here we go. My guy friend works. He actually works two jobs. His wife is a stay at home mom. They also have 3 small children. If you need to read that again, feel free. Having small children, as in babies, we know they don’t exactly sleep through the night. Well, my guy friend says he and his wife, who is also my friend, argue because he doesn’t feel he has to wake up at night and help with the babies. He goes on to tell me that his justification is he works two jobs and is exhausted when he gets home. He rounds that statement out with telling his wife that it’s Her job to wake up with the kids. Take a moment to let that marinate.

Now that you’ve had that moment, I’ll give my two cents. First, I told him that he probably shouldn’t have told her that waking up with the kids was her “job.” He definitely could have left that part out. Additionally I said that I understand where he’s coming from, but he has to be willing to help out sometimes. I actually agree that she should be the primary person waking up with the kids. How ever they got to this arrangement, they both agreed to take on certain roles within their family and until a different decision is reached, each should play their role. If his job is to provide for the family, he needs to work so that he can provide. If her role is to take care of the house and the kids, she should do that.

See Also:  Men Are Not Perfect Vol 2: Everything I Need to Know About Love

I want to emphasize that him working two jobs to support the family doesn’t exempt him from participating in non “outside the home activities” , and he needs to help out sometimes.  He should want to help his wife sometimes, but ultimately it’s her responsibility to take the lead with the kids, period. Any man that goes out and works on average 14-16 hour days, definitely shouldn’t have to worry about waking up with crying babies.

I’m sure there are a large number of women that are turning their nose up at me right now, and that’s okay. My views on marriage and family tend to be slightly more on the traditional side. When I shared this story with the masses, some women said things like, “he helped make the kids, he should equally take care of them” and “she works harder than him so he should be willing to get up” and even “when he gets home he still needs to be dad.” Oddly, that was a small percent. The majority of women (and all men) agreed she needs to get up. The women’s argument was that if he works hard enough to where she doesn’t have to work, she should want to make it as easy as possible for him to be able to do that.

One of the most honest things was said by a good friend of mine and I totally agree:

Every situation is different. In this case, if she reaches to turn on the light…and it comes on. Goes to get baby a fresh pamper…and pampers are there. Warms up a bottle….water flows freely. He has made those provisions possible, so my family is comfortable, I’m getting up. I need him to not be tired at work.

I’m going to do EVERYTHING possible, so he can be successful at his job. And he makes sure I am successful at mine. That’s called TEAMWORK.

What do you all think?

Keita is a Houston based blogger with a bunch of opinions and a lot to say. Check her out on twitter @keitathejedi or at www.keitawheats.com

tags: babies fathers men waking up night rules
previous Fair or Foul: Mike Epps makes me wonder, When does flirting become cheating?
next My Curiosity With A Single Mother Who Is Dating