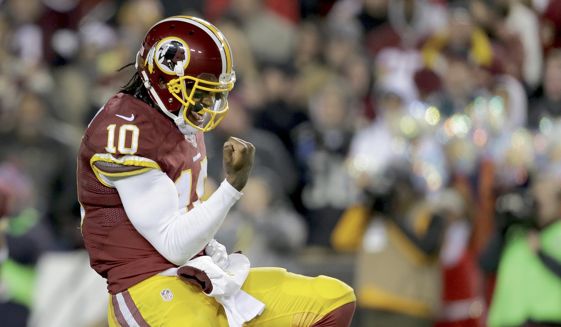 Look, I love Robert Griffin III. I really hope he figures it out and becomes a productive quarterback once again.

So I’m not here to criticize his play (which has been bad since the end of his rookie season), or figure out what other teams should try to get him (been done to death). I’m here to coach RG3 up. Thankfully, all of his on-field problems can be solved off the field…which is where he’ll be for the foreseeable future.

Here are the ways RG3 can get back on the track to greatness: 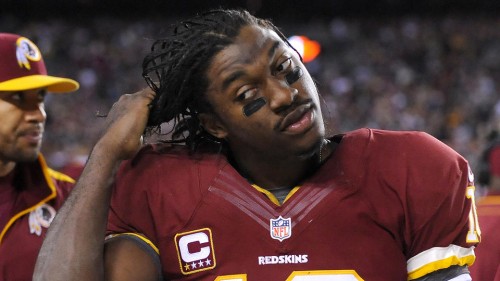 Cornrows have been over with.

Dusty cornrows have never been at all.

At this point, there are too many injuries, interceptions and other bad memories tied up in that hair. Time for Griffin to go Reverse Samson and cut that shit off to regain his power. Those dusty braids are an anchor.

Also, he should get rid of the durag that he wear with the flap out. I can’t prove that RG3 owns one, but he really seems like he does.

Have you tried being less Black?

Years of observational research have shown me that white quarterbacking is the way to go.

See Also:  No But Seriously, I Think I'm Picking the Dallas Cowboys for the Super Bowl :-/

This is Dan Orlovsky:

Here he is running out of the back of the end zone unknowingly, while leading his team (sadly also MY team) to an 0-16 season.

Now, we all know if RG3 had done this, he’d have been cut at halftime and would be perfecting his Andre 3000 sidewalk act in Vegas.

He’s BACK ON THE DETROIT LIONS!! RIGHT NOW!! NO, SERIOUSLY, LOOK!!

So the moral of the story here is…if RG3 wants to continue quarterbacking, he should do so without being quite so Black.

Go the Tiger Woods route…double down on “meh”-looking white women. 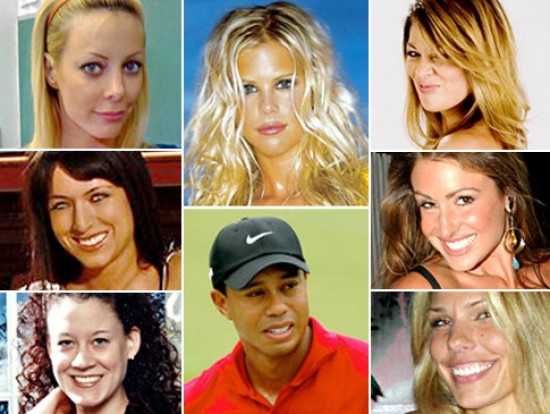 Now I am in no way trying to clown the looks of anybody’s wife. That’s his soulmate. Hope they stay married forever. But if we’re being real, we can agree that she’s regular, right?

Well this brings us to Tiger Woods.

Ole Tiger was famously busted by his wife for sleeping with a ho-hum white woman. After that revelation, a dozen more came out of the woodwork, and we realized Tiger (A) was a serial cheater, and (B) definitely had a type.

So what I’m suggesting is a roster of Denny’s waitresses, cocktail servers and generally unremarkable women in the rotation for Griffin. Not to break up his marriage, but to save his career.

As Tiger proved to us all, it could make you one of the greatest ever at your job.

One of the reasons I love RG3 is that he makes old white sports reporters upset. As (soon to be President-Elect) Kanye West once said, “They want to throw me under a white jail, cause I’m a Black man with confidence of a white male.”

So, for RG3, things like holding his head high, even insinuating that he think he’s the best quarterback in the league, or waking up with a smile on his face will all be (ironically) frowned upon for the next little while.

Next time he’s asked a question, Griffin should begin his answer with “Aw shucks, [insert name of reporter], I don’t know…”

This will ensure Griffin is relatable and otherwise not threatening to the media. They’ll start writing about why he deserves another shot, and how it actually made no sense that Kirk Cousins was drafted two rounds after Griffin was.

See? Four perfectly reasonable solutions that RG3 can implement right now to get back on track.

I should look into becoming a life coach.

What’s your take on the situation? Is RG3 done? Can he do these (or any other) things to get back to that 2012 feeling?