Home Featured The Decision to Marry Is Not About You
Featured
Marriage
Women's Relationship Advice
September 12, 2015 Dr. J 15

The Decision to Marry Is Not About You 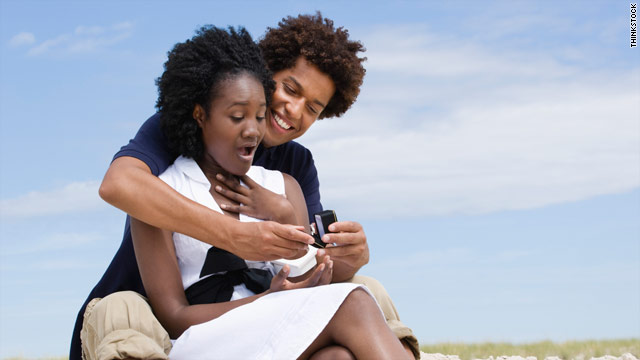 Recently, I’ve been having a lot of conversations with women who are ready for marriage and family. As crazy as it is that people make the decision about marriage by themselves instead of as a couple is weird to me but I’ll set that aside for now. Later in the conversation I always ask these women one simple question, “Why should he marry you?”

Their answer will usually tell me everything I need to know about whether or not they’ll be successful in their goal to get and stay married. The most likely answer, “Because I’m [insert] and [insert]. Also, because I’m [insert] and [insert].” You can put any quality or characteristic that people think is important in those inserts; independent, educated, or pretty. Any of those will do.

As soon as they answer that way I know that almost always they’ll be unsuccessful.

Why? To me it’s very simple and it’s ironic that women haven’t realized this in the past years. As many of men have penned posts about their failed marriages due to the fact that they didn’t love their woman for who she was the same applies to women. Most men marry women for one of two reasons. Either you let him be him or you inspire him to be a better him. That’s the answer to the question.

If when asked the question a woman said, “Because I love him for who he is.” I’m almost positive that a marriage is in her future. Of course, there are women who do not speak up and they let their man “be themselves” when it means they don’t have to get married or contribute. However, one could argue that isn’t letting him be himself but rather letting him be less than himself.

If when asked the question a woman said, “Because I want the best for him.” I’m sure she’d find luck too. I guess the whole point that we should take away from this post is that when thinking about marriage, think about the other person and not yourself. If you’re not a point in your life where you can do that, then you probably aren’t ready for serious commitment.

See Also:  Why He Married the Regular Girl

I know both men and women are absolutely fatigued with watching our social media timelines filled with single people talking about how great they are but they can’t find a mate. Maybe it’s because if you were great you wouldn’t spend so much time talking about yourself. With that said, before we get too far ahead of ourselves, I wonder how many of you will answer the question, “Why should he marry you?” the next time you’re asked.

tags: it's not about y ou Marriage real talk the decision to marry
previous Does A Man Have To Plan Everything While Dating?
next Win Your Very Own Evarii Watch!