How Do Men Avoid The “What Are We?” Question? 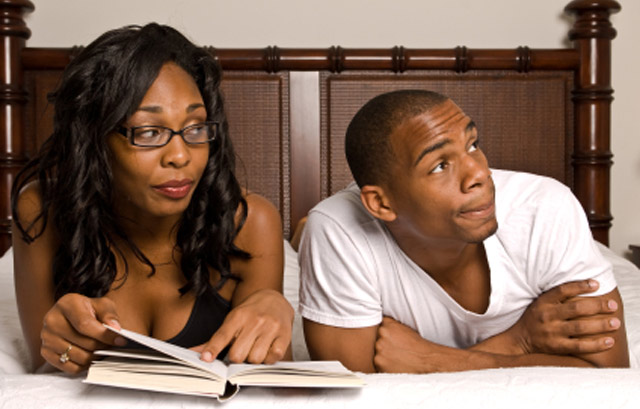 The last time I wrote here I gave my thoughts on a video that was produced by Buzzfeed. The video chronicled a woman hurt by a man who simply wasn’t honest with her. He hurt her by his lies and she felt the need to let people know that we all should be aware of the horrors of relationships beyond contracting diseases. Although I agreed with her sentiments, I also felt that it wouldn’t resonate with the men that needed to hear it. This could be for a few reasons. It could be because men might not be comfortable with being admonished in that way. It also could be because a lot of guys feel like they have heard that all before.  Probably the most glaring reason is that we live in a society that perpetuates men living a certain way and women living a certain way. It’s still a fight for women to be able to define themselves how they would like to be defined.

A lot of that comes down to our behaviors as people. We are creatures of habit. Until our habits change the behaviors won’t.

Having said all this, how do men avoid the “What are we?” question? Well, let’s backtrack a bit. What is the what are we question? I know most of our readers here know, but I’ll define it anyway. “What are we?” is a question I find usually to be asked by women to men in an attempt to define the type of relationship they are currently involved in. From this you can presuppose that no concrete conversation was had where it was discussed what exactly was going on. That too can be for a myriad of reasons that I’ll leave you all to fill in the blanks for. But when “What are we?” is asked to us, we (at least when we’re younger) don’t see it coming.

In fact even if we know it might come, we don’t know when. When the question is actually asked then we look like this.

The truth is, when men are younger it’s very seldom that we’re thinking about where relationships are going. It doesn’t matter if we started having sex with women out the gate or if we started off by talking over a period of time. If you were to poll men and ask them when they were most happy, they would probably say when they’re having sex regularly and are getting asked the least amount of questions. As a matter of fact you all can twitter poll that one.

See Also:  What You Need to Know About (Male) Relationship Experts

But to the men tired of being asked this question, and to the ladies who are tired of asking it, there is a cure. This cure isn’t groundbreaking. There’s no peace prize with Pops’ name on it, no. But the cure lies within maturity. It lies with a man who has come to certain realizations.

We have to be more refined as we grow older. One thing I have noticed about owning your happiness is that you have to have the ability to remove yourselves from situations that don’t benefit you. I just recently attended a panel discussion in which @itstracyg spoke about putting yourself in situations that serve you. I know I’m getting deep here, but fellas if you’re tired of this question being asked, then remove yourself from the situation.

How do you avoid the “What are we?” question? Stop wasting your time.

The only reason why you’re annoyed by that question is because it forces you in envision things in a way you don’t want to; at least not yet. The older we get the more our time becomes more valuable. You might get this question from someone whom you feel isn’t deserving so much of your time. You don’t want to hear the question? Stop seeing that person. We have to grow up and be accountable. Give women the opportunity to decide what they want to get into devoid being hurt or lied to. There’s some things I believe you can let slide due to youth and ignorance. But if there is one thing I hate to see in adults, it’s mess. Mess can be avoided the more you’re honest with yourself and those around you. The more men are transparent with women the less they will be asked this question. The more men embrace being transparent, the more they will see they will attain the happiness they seek devoid of this kind of stress.

See Also:  Relationship ADD: Why can't she keep my interest?

What are your experiences with the “What Are We?” question? What would you add to this post? Are you a woman or man with experience with this scenario? Let’s get into it.