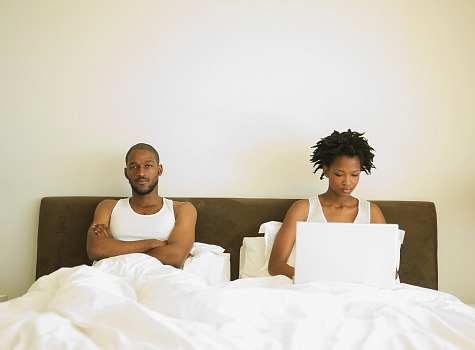 I find moments with the internet to be much different than a few years ago. You soon come to realize that bigots, idiots, and asshats can hide on the Internet. Interaction isn’t what it used to be. A chat room wasn’t just a place where one could shout out random outbursts and not be booted out or attacked by all the other participants in the chat. I wish Twitter was the same way.

The topic of relationships has been often times ruined by the fact that the internet just isn’t the way it used to be. People “like’ and “share” things more for political purposes than because they actually like the message. Many are scared of being in the number of, “how come they didn’t like my picture?” I have no idea why some people are so scared of it being known that they did not “like” a post even though that may not mean they didn’t dislike a post but just that they didn’t feel the emotion needed to cause the motion of “liking” a picture. Trust me if that is confusing to you it’s confusing to me as well.

Nonetheless, today I want to talk about the loudest people in the room typically being the least qualified. (*clear throat* Donald Trump.) I used to love Twitter. I still do, but I cannot hang out with her as much as I used to because she’s gone mad. She’s allowed some people to post things that are just idiotic. I cringe at the sight of some single ass man or woman ranting about relationships.

Single Ass Man/Woman (n) – You’re more single than the last cigarette in a pack of Newports.

At one point, I would get involved with these rants and try and offer an opinion. I’ve found that either the people are absolutely mad or they are only saying what they say because they fear becoming outcasts on Twitter. An outcast on Twitter is someone who is no longer considered relevant and nobody replies to their tweets. Tear.

Let me just be clear and clarify something for all of you about relationships. My friends who are in good relationships do not read blogs. They send me a link to a blog about relationships and ask me if I read it and then I have to respond, “You know that I’m Dr. J right?” or “Ha. I read that a few months ago, how’d you get your hands on that?” They don’t.

That’s why you’ll see that a lot of the bloggers on this site have stopped blogging so frequently; they found that blogs have never ever been the solution to your relationship. What really solves it is not social media or the internet but face to face interaction with people. Real people. Not characters and personas created on social media to hide the fact that in real life (like where real things like relationships occur) these people are generally wack.

That’s why the next time you see someone ranting on twitter about relationships (or just about anything) the reason they do that is because nobody will listen to them in “real life.” I hate that I have to clarify that all the time. I cringe when I see it because I want to reach into the computer and grab hold of the person and shout “Would you please shut the hell up?”

To recap today’s short post, people who rant are idiots. Most people in successful relationships have learned to keep them off social media. Although we have the power to mute people on Twitter, we don’t because they’re funny. I mean, who doesn’t enjoy laughing at a simple ass idiot. Just always remember that although you think Twitter is a two-way relationship, it isn’t. It’s just a user tweeting and all of their followers being forced to read and RT.

previous Why It's Important To Smell Your Roses
next Starting Over Is A Drag, Can You Avoid That Feeling?