Why Is Halle Berry Crazy, But Steve Harvey Is A Relationship Guru 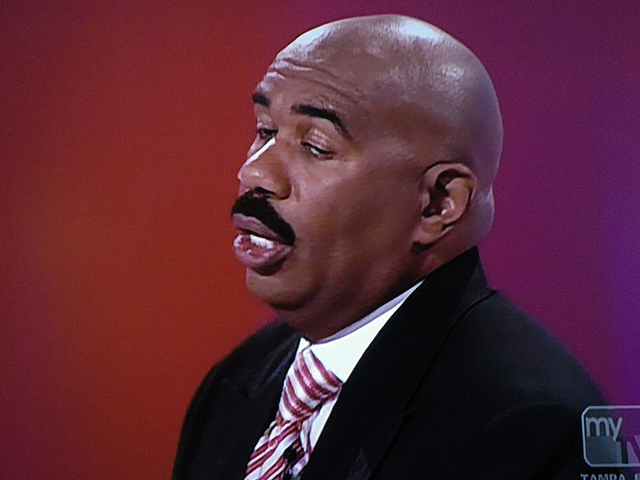 A few months ago, famous actress, Halle Berry announced that she was ending her third marriage to Oliver Martinez. It didn’t take long for the bitter, misogynistic men brigade to chime in with how crazy Halle is, which is why she can’t keep a man. It didn’t take long for the women to offer some self-deprecating advice too, about how she should make better choices in her selection of men. Well, I am telling all of you to have a collective row of seats!

The same ones, raking Halle over the coals, have been through your share of sex partners, failed relationships, and bad choices. The only difference is yours did not play out in the media.

Even her former husbands, David Justice and Eric Benet, who couldn’t keep their penises out of other women’s vaginas while they were married to her, took to Twitter to take cheap shots at her. But this blog entry is not about those two busters!

Not only do you need to mind your business, but you need to stop being hypocrites. Some of the same ones of you, ridiculing Halle, flock to hear Steve Harvey speak, tune in to his daily talk show, and line his pockets with your money from all of his self-help relationship books that you buy. It matters not to you that he is on his third marriage (which probably will not be his last if he finds someone better looking than Majorie who happens to catch his eye). It bothers you not that every new Mrs. Harvey was the mistress while he was married to the former Ms. Harvey. Why no ridicule and shame for him? Because he is a man! It makes him right and superior regardless, at least to hear men tell it, and to some self-deprecating women as well.

I don’t follow the crowd, and all I want from Steve is for him to tell jokes, and entertain me. If I need relationship advice, I will go to a family member or friend, who actually has some time and good decision making under their belts.

And for those of you shaming Halle, yet praising Steve, you’ll need better role models!

tags: celebrities divorce halle berry steve harvey
previous The Telling Signs Of Male Depression
next He Will or He Won't: 5 Reasons Why He Didn't Call