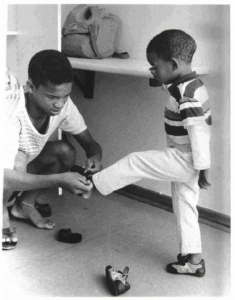 So, I’ve been in a relationship for over four years. And I’m a guy. Trust me, I know how to apologize. It’s an art form, really. And you could call me the modern-day James Porter of the sorry. Real men know what I speak. If you saw me, you’d give me the stranger’s “head nod” thing that we do in the street. Half the time we’re wrong, half the time we’re not. Half the time we’re sincere, half the time its faker than butt pads. But men apologize to keep the peace, to right the wrongs, to keep the love flowing and to heal bruised emotions. And of course, women need apologies like nappy hair need a hot comb. Just as Joe Jackson fiends attention, women seem to lust for an appropriate admission, especially when they know they’ve been wronged (which is absolutely 100% of the time!!!). It could be my own blinding bias. I could be wrong. But one thing I do know: an appropriately and tastefully done apology can vaporize the icebox of even the coldest sister. So when I tell you that apologizing to little Rashid’s* (real name withheld) mother was no problem, trust me when I tell you. It was no problem.

But that wasn’t the hard part.

Apologizing to women is no thing, but I’ve never said sorry to a kid.. Ever. This would be harder than I thought. It could certainly be a recipe for disaster. I already had a helping of mistakes, a few cups of idle time, and some dashes of innocence lost. And of course, the devil was trying to spike my punch with thoughts of fear and images of an angry Rashid kicking me in the balls and cursing me out. How was I to know how he would react to my sudden reappearance? How do I know he won’t forgive me and turn his back on me for life? I had no idea. But what I did know was that I had a sorry card aaaannnnndddd a brand new NFL football. You’ve got to think he’d go for that.

So, after speaking on the phone with his mom (who was at work at the time), she gave me her blessings to visit his house and speak to him again. Got to the door, gave a few hard knocks, and began to prepare myself for the wor… too late… the door was already opened. And guess who it was? It was Rashid! And he was like, “Oh! Hey Nate! Wassup! It’s my big brother!” Within a split second, he reached his hand out and we proceeded to give our custom made, special handshake-hug thing as if I had seen him last week.

Wait… No slamming the door in my face? No cursing me out? No kicking to the balls?

Nope. Just that same toothy grin and those childish, bright eyes that I remember. And within those few moments, it was all good again. But that didn’t stop me from sticking to the script and handing him the fresh football I kept for him. “Ohhh!” he yelled, with his raspy adolescent voice. “This is nice!” And then, he subliminally tossed it aside within seconds, and looked at me again. And as he did before, he just got to talking; about school, about football, about going to Disney World, about making the honor roll, about his dreams to be a construction worker, about his family member that went to jail, about his workaholic mommy, about his favorite subject (social studies). About his favorite movies, about his dreams, about the Philadelphia Eagles, about getting a “great big house” as he likes to say. He’d run up and down the steps about 36 times to show me DVDs, books, toys, grades, and gadgets.

What could I do but listen?

I had to explain my actions. I had to apologize. I don’t think he cared. He was interested in the premature birth of my daughter. He was interested about what kind of life I was living. I told him. He seemed to be impressed. I’m proud of that.

Situations like these make you want to turn into a wealthy grandparent. That’s the challenge in philanthropy. Most of the time, you can’t really do everything you want to do, but can you be honest with yourself? I wanted to treat him like those women on Oprah’s Summer Giveaway. 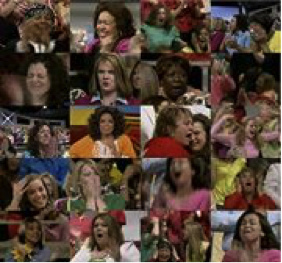 Women have all the fun…“

Come on out with me this weekend! We’ll go to the football game! I’ll buy you an X-Box 360 and 56 games! I’ll spend the entire weekend hanging out with you! It’ll be just you and me! I’ll buy you a Domino’s Pizza chain!!!” I can’t do all that. My time is limited. And sometimes, so are the Benjamins. You want to give these kids the world, but you can’t bite off more than you could chew. That’s how you let kids down. The most crucial part of our time together was my explaining that I won’t always be able to spend. Time or money. But I promised him I would do my best to be positively involved in his life. He was alright with that.

After tons of talking, a little laughter, and some introspection, I left a few hours later with the same special handshake-hug thing we created. I left feeling fulfilled and forgiven. I have to say, it was an incredible feeling of redemption and unpasteurized happiness. I’m glad I did this.

Nathan Wilson is a pro-writer, pro-sports enthusiast, and is flat out pro-black. Check out his musings at www.thecolorcurve.com.

previous Writing My Wrongs (Part One)
next The Butterfly Fallacy: How stomach butterflies will get you caught up