In case you haven’t heard, there is some interesting news relating to my kind and the police. Seemed like a fitting time for me to talk about my story.

I was born in the 80’s and grew up in the 90’s, with my formative years spent in the DC area. The majority in Prince George’s County, known at the time for it’s high rate of police initiated shootings & deaths. Personally, had no issues with the police, because I avoided them with every ounce of my being.

It wasn’t until recently I finally realized something about myself.

I have always been terrified of the police.

I know what you’re thinking. You’re giving me side eye. You’re saying “yeah … of course”.

It wasn’t until I approached 30s where my whole world was rocked as I learned the following fact when I moved outside the DMV to sunny California.

Most people in America trust and depend on the police. 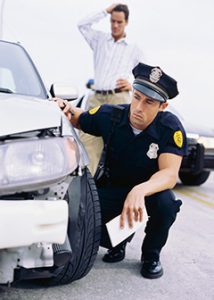 I mean like “I love the police for keeping me safe”. I’m talking “I feel better when a cop is around me” and “I ask the police for help” type of trust.

Maybe obvious to most, not to me.

For me, I KNEW talking to the police could get you shot. I KNEW a traffic stop could result in my death. I KNEW calling the police wouldn’t absolve me from dying by the police. It was their job to shoot people, especially while black. It was as much a fact of life as the sky being blue. I knew it was bad for black people, but I assumed everyone hated the police.

So, when the #BlackLivesMatter campaign started and deaths at the hands of police officers were coming to light, I’ll be honest … I wasn’t that mad.

How could I be? It was like being mad at a skunk for stinking or at a baby for crying.

In my world, police killing people like me was natural. I had been given a lifetime of warnings from my Caribbean parents not to talk to them, give them any trouble, or reach for sh*t. They would shoot me.

I supported #BlackLivesMatter, but it was just a new slogan to an old problem. I didn’t feel the same outrage as others did. I couldn’t focus my energy on this new problem, because it wasn’t a new problem … it was life. I remember (shamefully) watching one video and thinking “Why did he run? Doesn’t he know he’s gonna get shot?!”

And that … that is the problem.

Why have I instantly been banished from this public service? Why is this “protection” force I pay for in taxes not accessible to me? Why must I fear a traffic stop the same way I fear an armed robbery?

Maybe I’m the only one who was mad they weren’t mad. Maybe it came naturally to me. Maybe my natural avoidance of the police over the last 30+ years made me feel like I wasn’t personally affected.

But things are different. We have a black president (literally a joke as a kid … remember Head of State). The progress we’ve made is incredible (unfinished, but good as sh*). I can’t, won’t, and shouldn’t accept the same terms my parents came to America on.

This isn’t just a problem for those who have died or will die at the hands of unnecessary police force. This is being forced to live in fear of the people you pay to protect you. This is an unfair denial of service by everyone with a dark skin tone. This is wrong.

For many of you, you don’t need to hear another reason to be outraged. But, my hope is if there is another person who was internally wrestling with how to respond, this helps you understand why this affects us all. We deserve police officers who protect and serve us too.